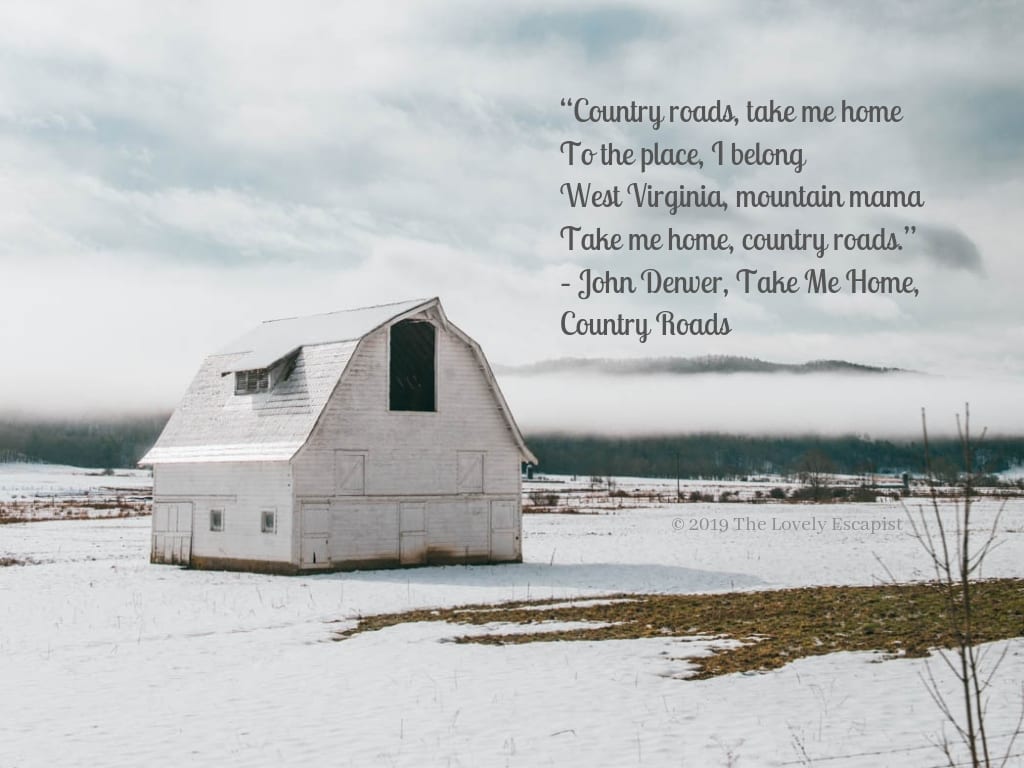 After driving through the snowy countryside and exploring different regions of West Virginia, I truly believe John Denver was right to call this place almost heaven.

This February I had the wonderful opportunity to visit the mountain state with none other than the West Virginia Tourism Office. (This was a paid partnership with the West Virginia Tourism Office.) Before the trip, I had no idea what to expect. The only two things I knew about the state were the capital (Charleston) and its location (West of Virginia, near Washington D.C.). However, after spending five days touring this beautiful state, I’ve learned so much and want to share that information with you!

If you are a fan of winter destinations, then look no further. West Virginia is full of many different kinds of luxurious escapes for every lifestyle. From hiking to waterfalls in state parks to enjoying a massage at ‘America’s Resort’, there really is something for everyone.

A few of the towns we visited were White Sulphur Springs, Snowshoe, Davis, and Thomas. Each town just as unique from the next. So to help you plan your next winter adventure, here are eight of the best winter activities in West Virginia!

With an average of 180 inches of snowfall each year, Tucker County and Canaan Valley have become some of the best places to cross country ski in North America. If this is something you enjoy or perhaps would like to try, give it a go at the White Grass Touring Center.

For over 30 years, the White Grass Touring Center has been offering cross country skiing and snowshoeing in Canaan Valley, West Virginia. Their well maintained 60-kilometer trail system ranges from 3,220 below the lodge to 4,463 feet at Tucker County’s high point atop Weiss Knob. The center also offers amenities such as dining, equipment rentals, and machined groomed trails. Additional, they offer lessons for all levels and specialties.

Tip: Spend some time at the White Grass Cafe. This cozy cafe is the perfect place to warm up with some delicious hot cocoa or Chaga tea. They have a great selection of wholesome natural foods. Some dishes you must try are the Moroccan shrimp tacos and vegetarian chili. Also, be sure to ask if they have any maple water! Because they tap it directly from the maple trees, it usually isn’t ready till late February or March, but ask anyways. 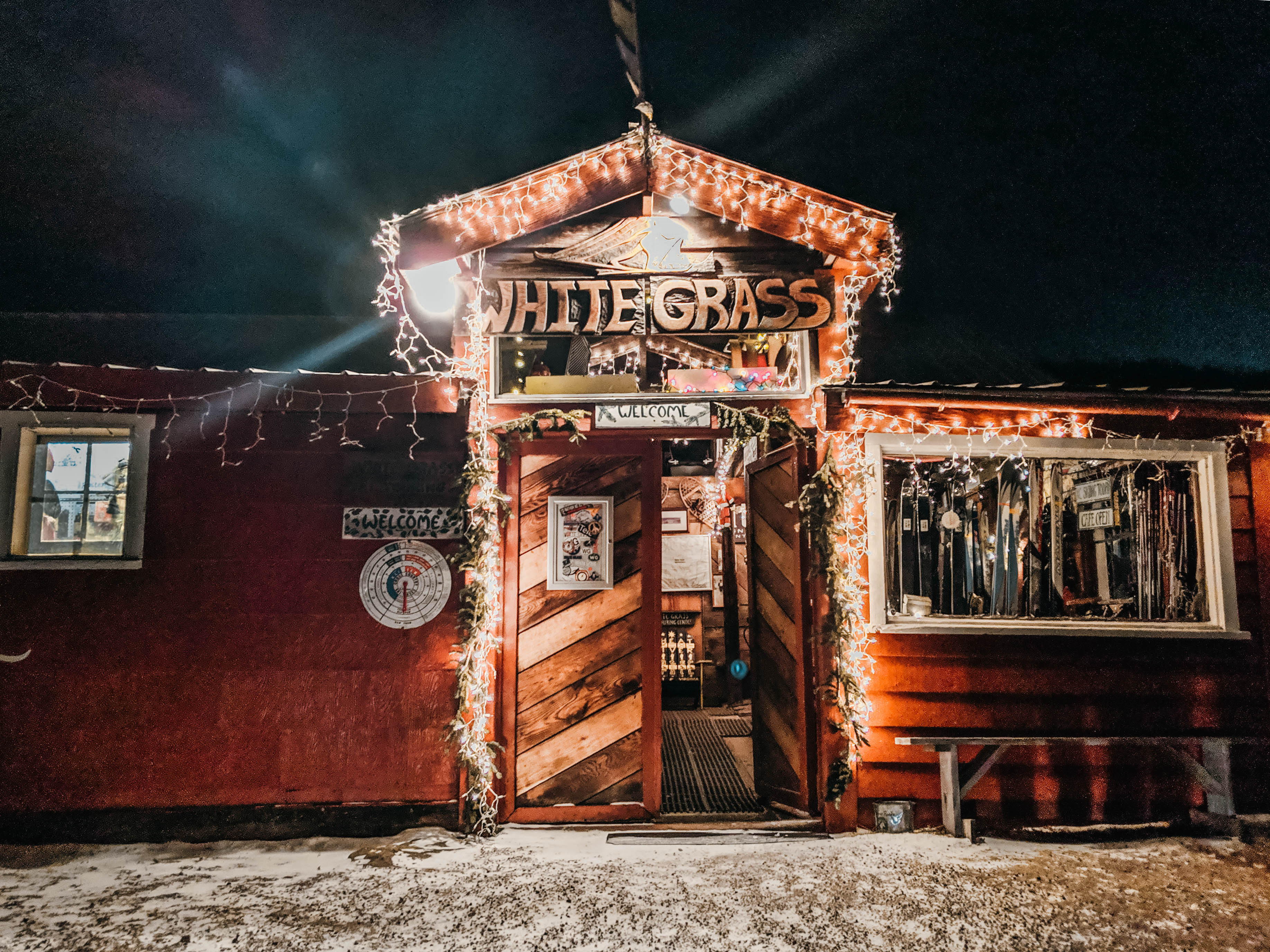 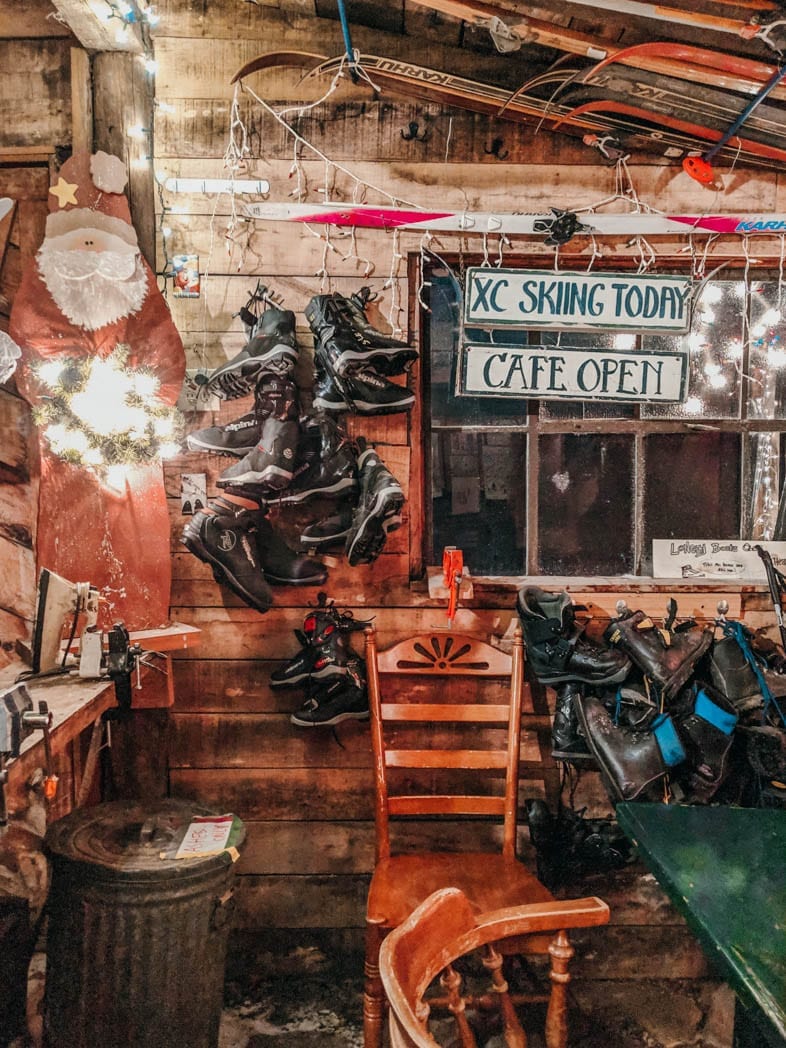 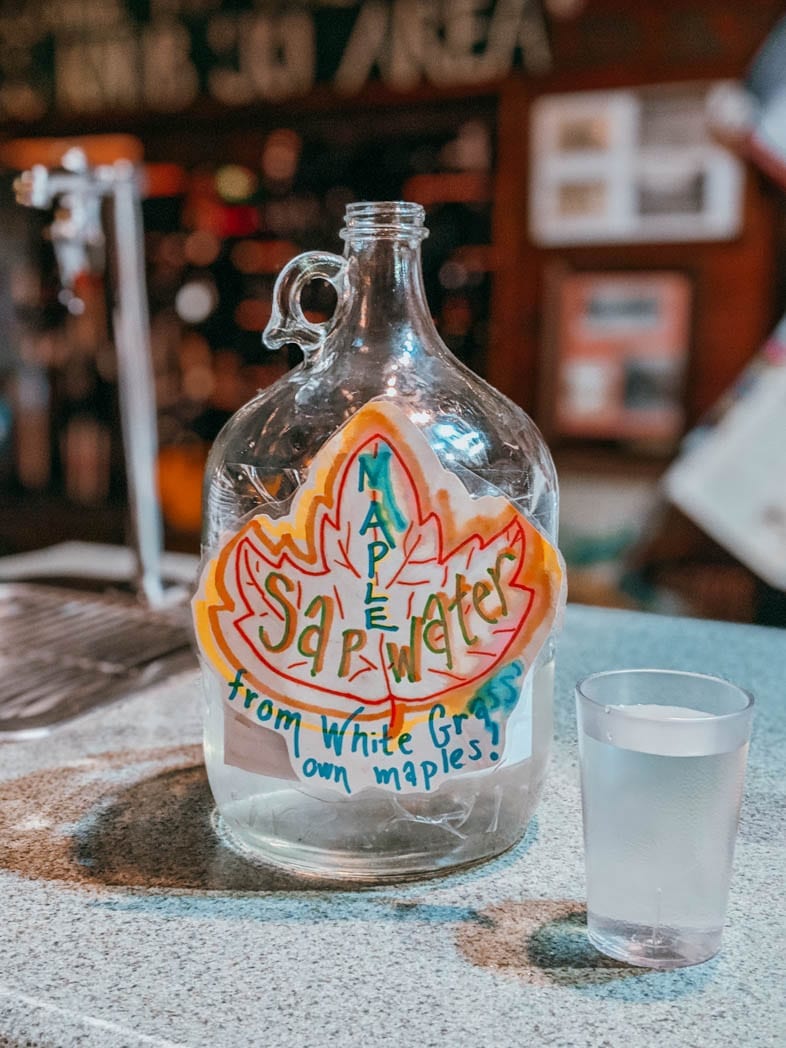 Stroll through the quaint towns of Davis and Thomas

If you enjoy perusing local shops or eating at a family owned restaurant then stop in Davis, West Virginia. Davis and fellow neighboring town Thomas may be small, but they make up for their size in character and charm.

One shop you must check out is Wild Ginger and Spice right next to the National Bank of Davis building. This tiny shop is complete with fun items such as incense, tie-dye clothes, bath salts, and more quirky items anyone with a free spirit would find interesting. Some other shops you may want to check our near Thomas is ThomasYard, which has handmade and antique items, and the Christmas Shoppe & More (I think the name gives away what sort of items they sell).

If you get hungry, stop by Sirianni’s Pizza Cafe in Davis for some great Italian food. I’m going to be really basic and recommend the pepperoni pizza but if pizza just isn’t your thing, they have a nice selection of salads, sandwiches, pasta, and deserts. The restaurant is homy and the food is great – no surprise since some recipes have been passed down through the owner’s family for generations.

Important Note: Sirianni’s Pizza Cafe only takes cash or check. They also have an ATM but there is a $3 service fee, so come prepared! 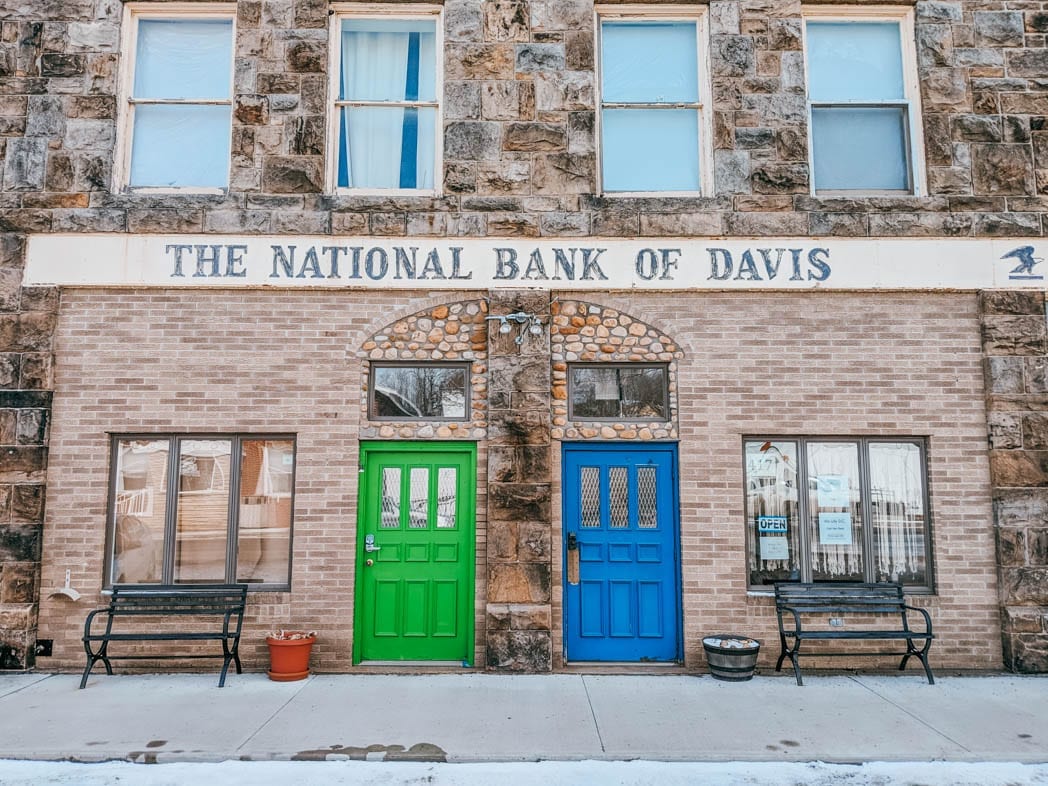 One of the prettiest places you can visit during the winter in West Virginia is Blackwater Falls State Park located in the Allegheny Mountains of Tucker County. The park was named after the amber waters of Blackwater Falls, a 57-foot cascade. Many visitors often think the color of the water is due to mud, but really it is tinted by the tannic acid of fallen hemlock and red spruce needles.

The hike to the falls is very short and easy (only 0.3 miles). You will descend down wooden steps for about 5 minutes until you reach the first lookout platform of the waterfall. This is where I captured the landscape photo below. From here, you can continue down more stairs till the end of the trail, which is a platform right next to Blackwater Falls. 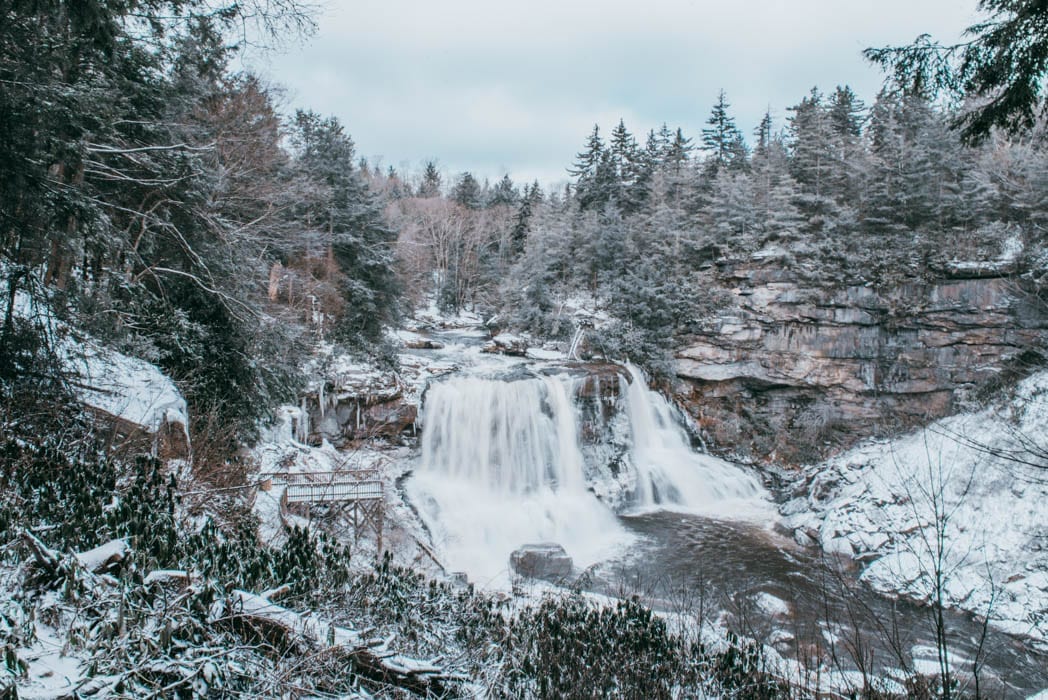 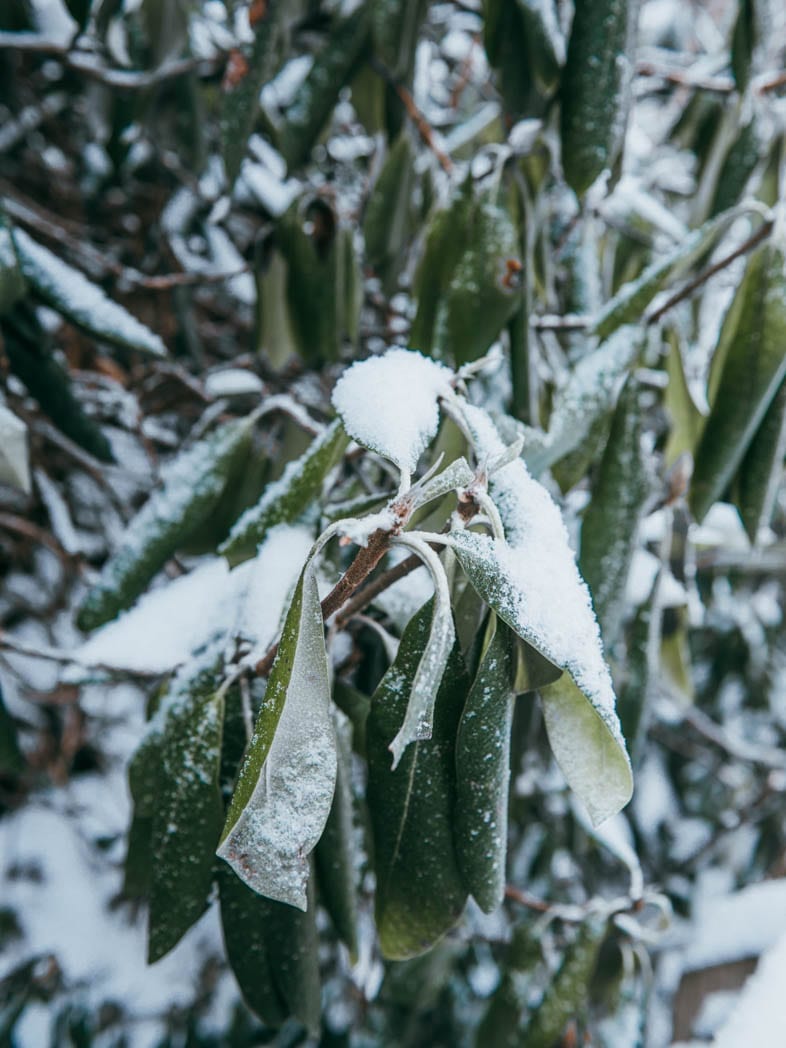 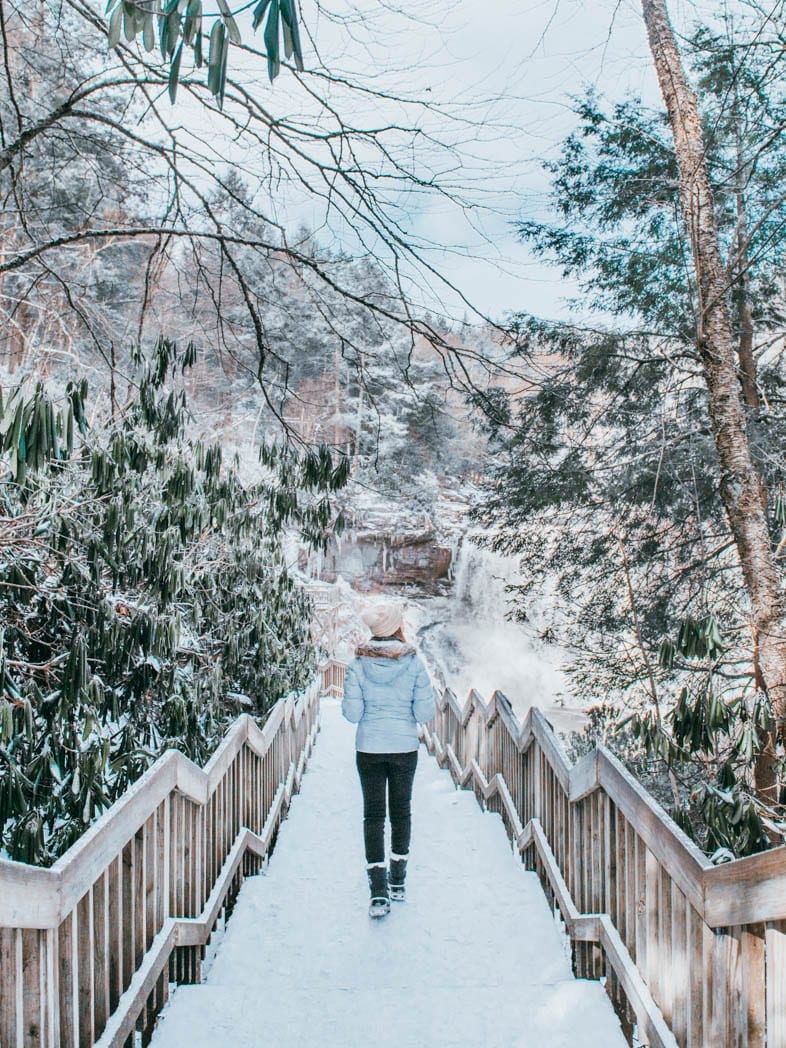 Before this trip, I hadn’t gone sledding in years and you want to know why? Because I absolutely loathe carrying my sled up a snowy hill. Seriously, it’s a lot of effort to carry a sled by yourself over and over again up a large hill. Thankfully, Blackwater Falls State Park managed to get rid of this step so you actually get to enjoy a sledding experience without much work.

At the base of the hill, they have actually built a conveyor belt that carries you and your sled all the way to the top of the hill. Such a brilliant idea, right? Once you’re at the top, just sit back, relax, and enjoy the gorgeous views and exhilarating ride.

Fun Fact: The sled run and Blackwater Falls State Park is the longest (.25 miles) and fastest sled run on the East Coast.

Rentals start at $16 and group rates are available. The price comes with a sled and access to the conveyor belt. Each sled fits two people so if you need some extra support, bring a friend along! 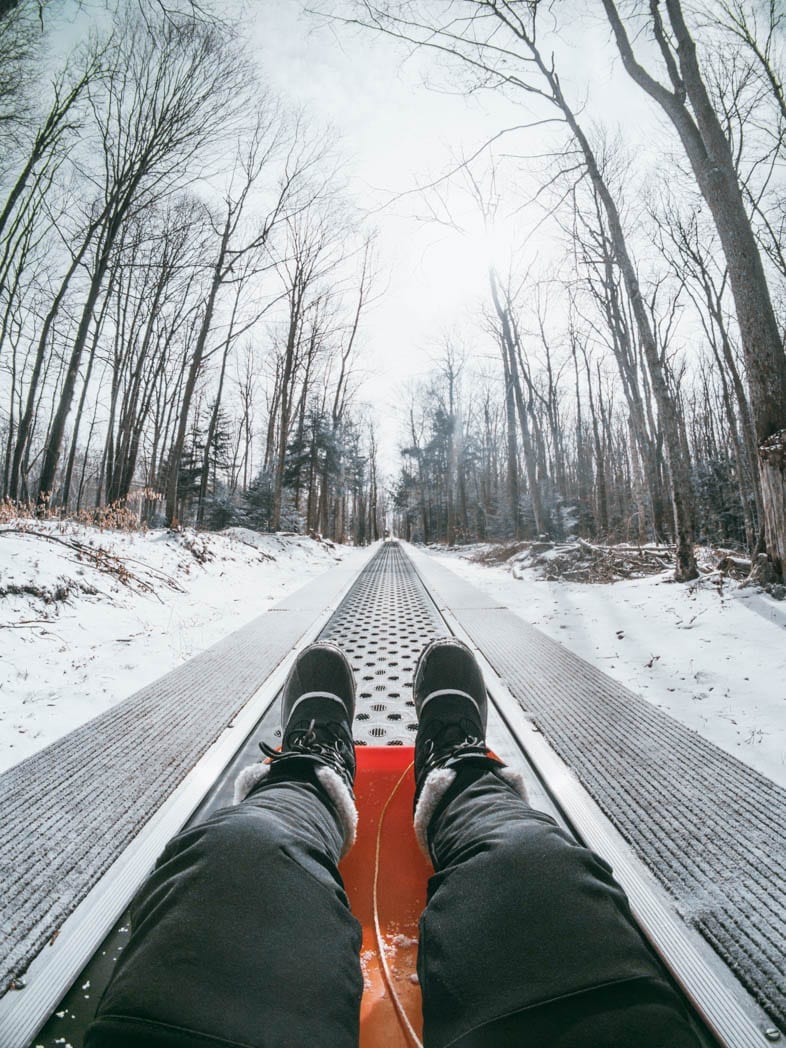 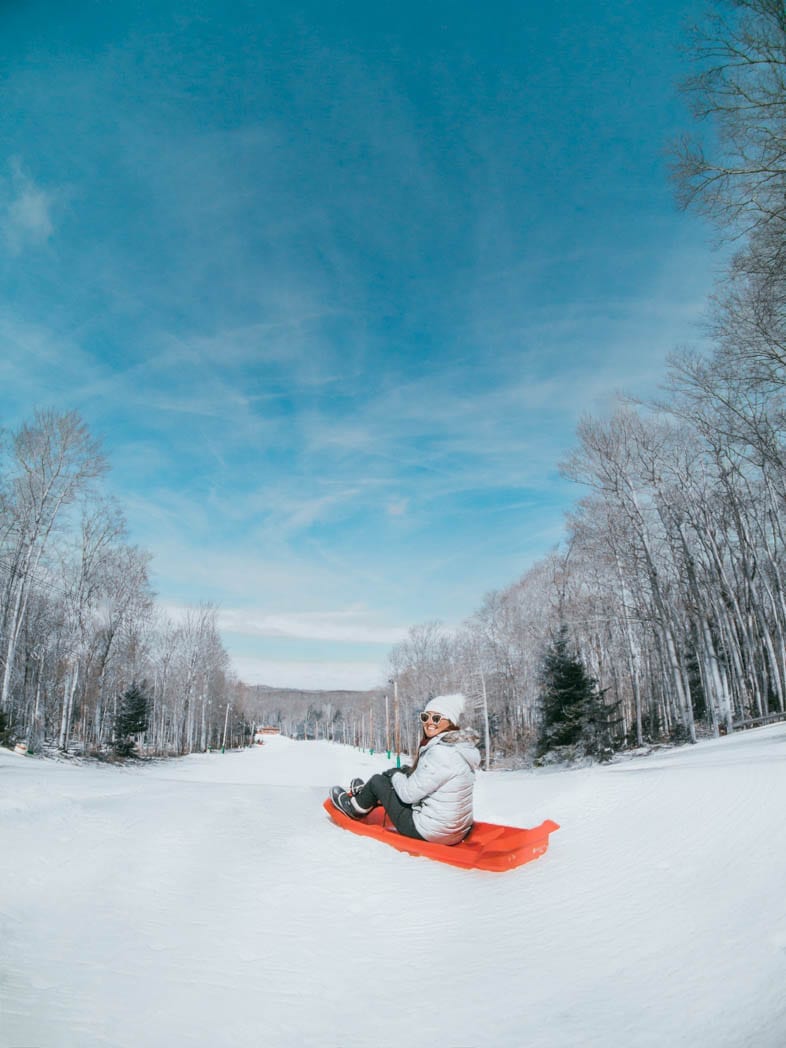 Skiing or Snowboarding at Snowshoe Mountain

If you ski or snowboard, hitting the slopes at Snowshoe Mountain is a must.

The mountain has 244 acres of skiable terrain and 60 slopes that vary in difficulty. I probably only went down ten slopes since I’m not experienced but those few were great and everyone seemed to be having a wonderful time. In fact, it was sleeting the day we went but so many people were on the mountain! Either the slopes are that good or everyone is just super hardcore, or a little bit of both!

If you need to rent any gear, definitely go to Expedition Rentals in the Village. I am usually weary about renting snowboarding gear since a lot of places don’t take proper care of the equipment. However, everything from my board to the helmet was in perfect condition and the staff was extremely helpful.

For more information about pricing and rentals, be sure to check out the Snowshoe Mountain website. 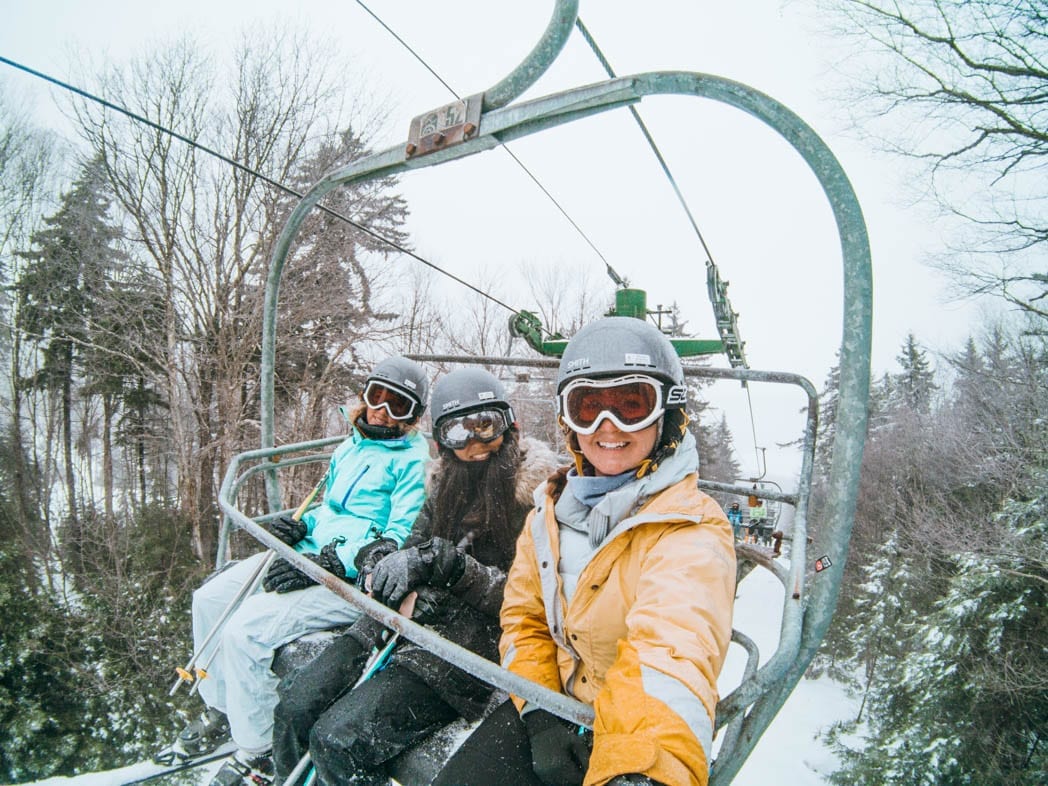 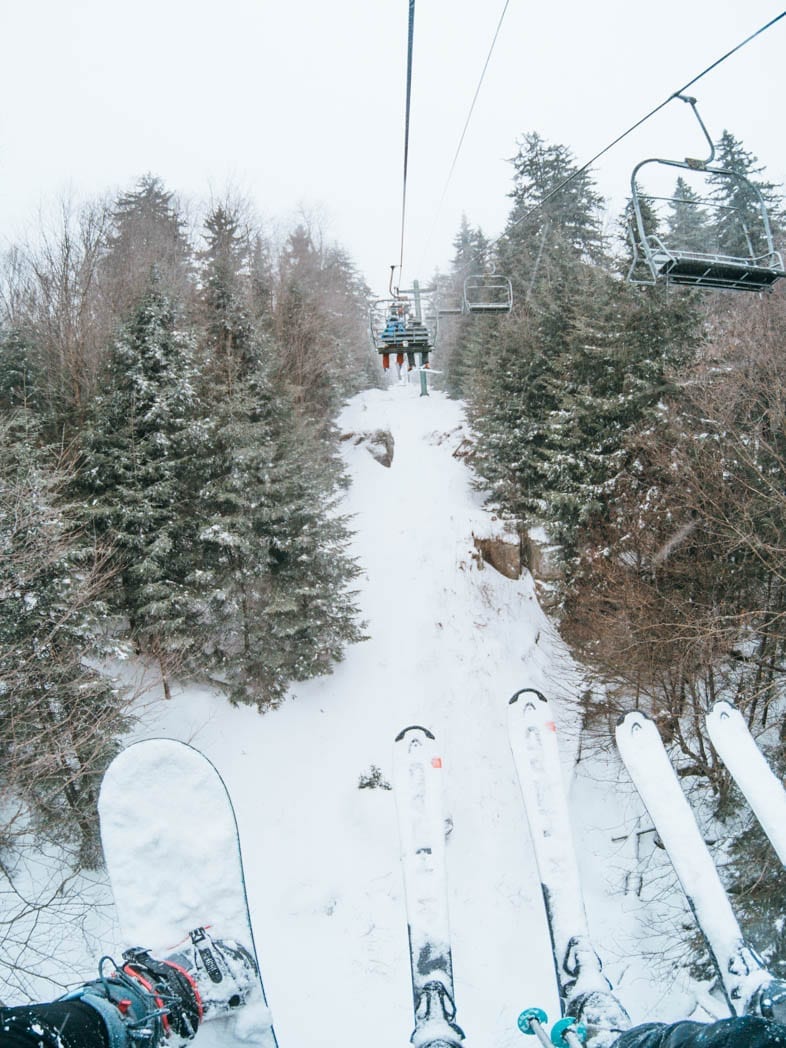 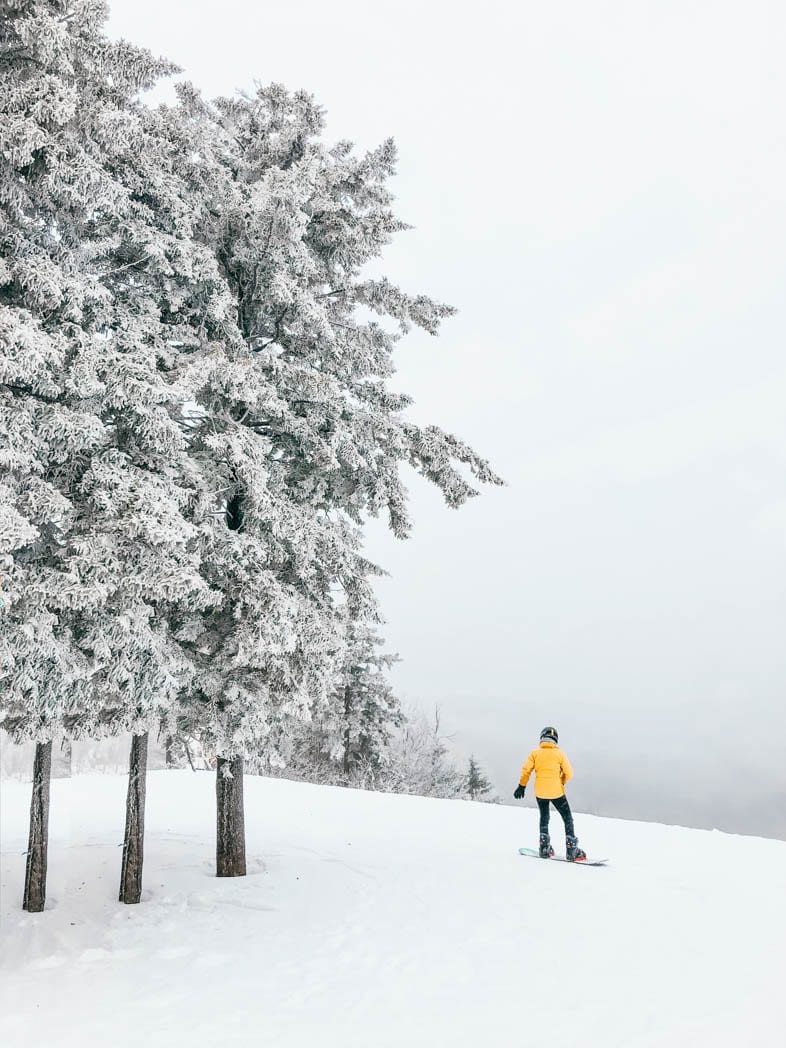 Are you ready for the ultimate winter adventure??? If you said yes, go on a Snowmobile Tour at Snowshoe Mountain Resort!

The resort offers three different tours: Evening Snowmobile Tour, Daytime Backcountry Adventure Tour, and Daytime Backcountry Family Tour. I went on the hour-long Evening Snowmobile Tour, where you drive around the Snowshoe Basin at sunset. Even though there was no sunset due to the sleet, we did see some incredible views of Shavers Lake and the surrounding mountains. 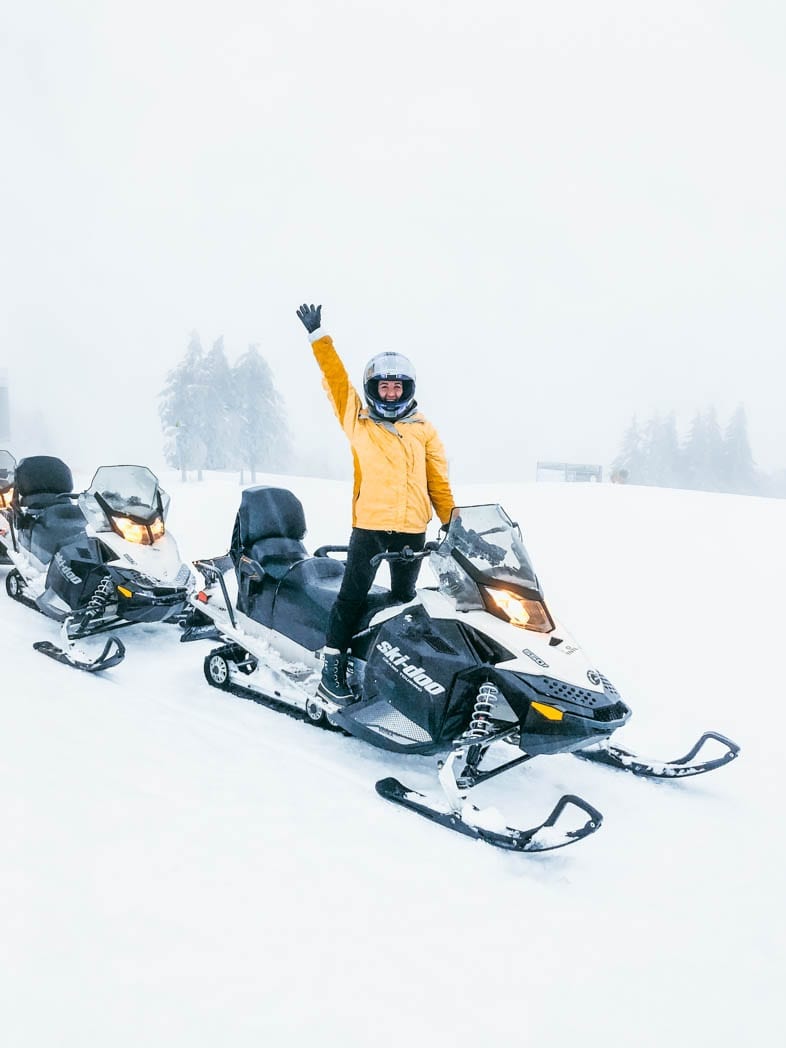 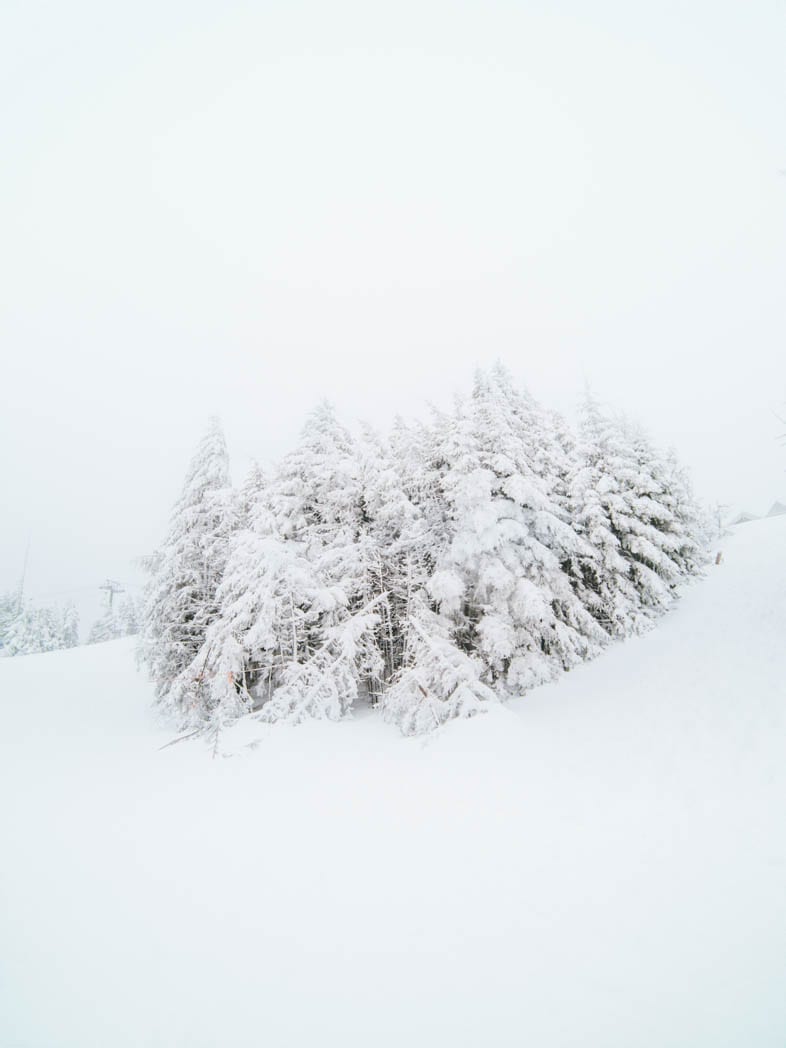 If you’re getting hungry at the end of the day but don’t want the adventure to end, look into booking dinner at the Backcountry Hut.

This experience includes an RZR or off-roading vehicle ride through two miles of gorgeous terrain along the Cheat Mountain Ridge to a secluded mountain cabin. You have the option to drive or be a passenger but I totally recommend getting behind the wheel! The vehicles are super easy to operate. In fact, if you have your drivers license you shouldn’t have any problem. During the winter, the trip starts at 6:00 pm, so it will already be dark and panoramic views will be limited. However, that just means if the sky is clear you’ll have front row seats to an amazing starry night show.

The menu for dinner varies but this particular evening they were offering Ribeye Steak, Duck, Salmon, or Squash, which were all cooked on the grill out back. While we waited, we had some appetizers and delicious wines.

If this sounds like something you’d enjoy, be sure to inquire about the RZR tour and Backcountry Hunt Experience at the time of your reservation. They book up quickly and do not operate every evening. 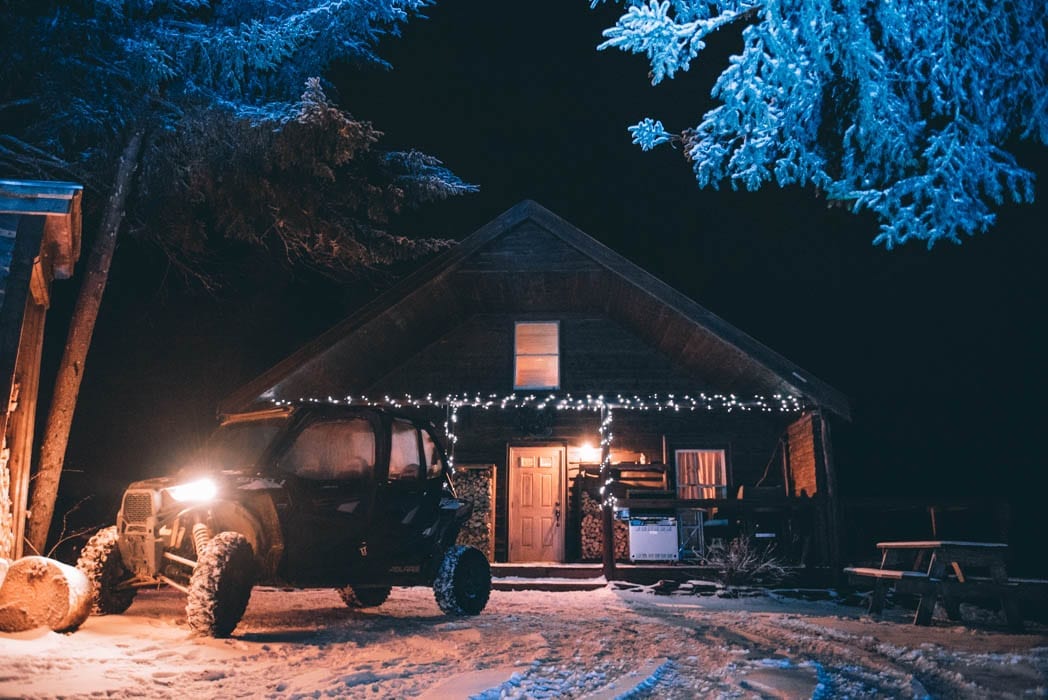 Enjoy a luxury stay at The Greenbrier Resort

‘America’s Resort, the Greenbrier, has been welcoming guests from around the world since 1778. Some notable visitors are the Duke and Duchess of Windsor, Princess Grace of Monaco, Bob Hope, Elenor Roosevelt, John F. Kennedy, and many more, including 25 other presidents of the United States. During its early years, many came to White Sulphur Springs to “take the waters” to resort their health. Since then the Greenbrier has become infamous for their luxury Mineral Spa, bold interior design, Cold-War bunker, and hosting the Greenbrier Classic PGA golf tournament.

My absolutely favorite part of the Greenbrier is the incredible interior design, which was done by none other than world-famous Dorothy Draper. During World War II, the hotel was used as a military hospital. So once the war was over, the owners decided it was time to redecorate. Throughout the hotel, she used bright, exuberant colors and large prints that encompassed walls, black and white tiles, rococo scrollwork, and baroque plasterwork – which is now considered definitive of the Hollywood Regency Style of interior design. As you enter the resort, you’ll need a minute or two just to adjust and soak it all in. Every single inch of space on the walls, floors, or furniture are covered in bold colors and/or patterns. In my opinion, a welcomed change from the traditional cream walls of most hotels. Just scroll down to catch a glimpse of the dazzling resort.

On top of providing guests with a remarkable interior, The Greenbrier offers more than 55 indoor and outdoor activities across their 11,000 acres. Some of these activities include golf, tennis, off-road driving, segway tours, skeet shooting, falconry, horseback riding, and carriage rides. There are also bunker tours, afternoon tea, a private casino, indoor pool, bowling center, the Mineral Spa, and 13+ onsite dining options.

The possibilities are endless at The Greenbrier. So do yourself a favor the next time you’re in West Virginia and check it out. 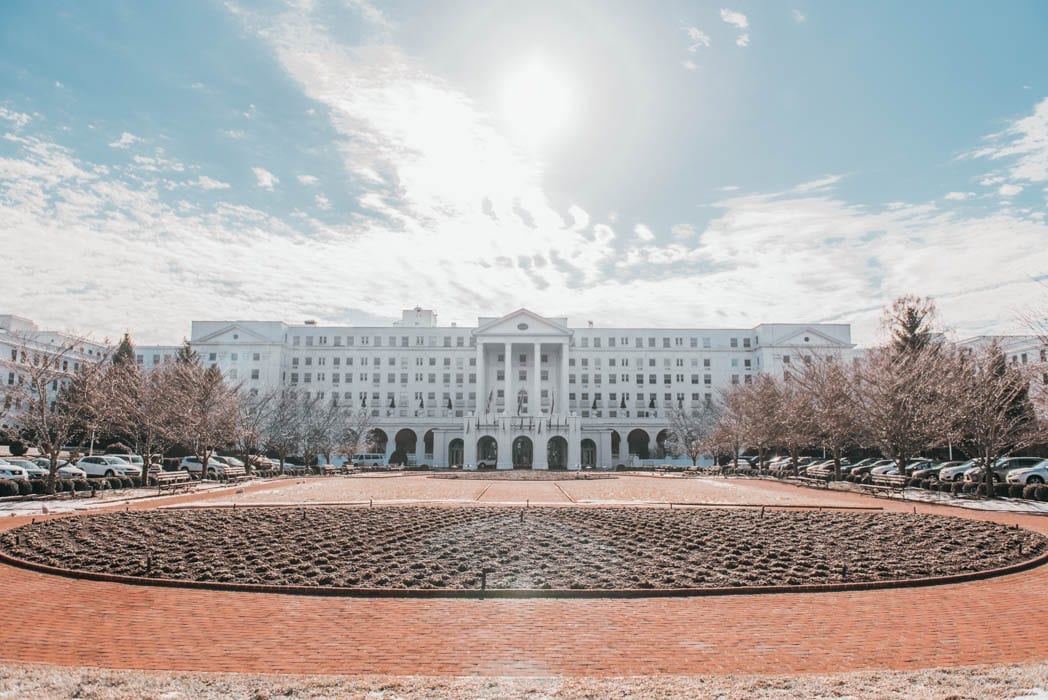 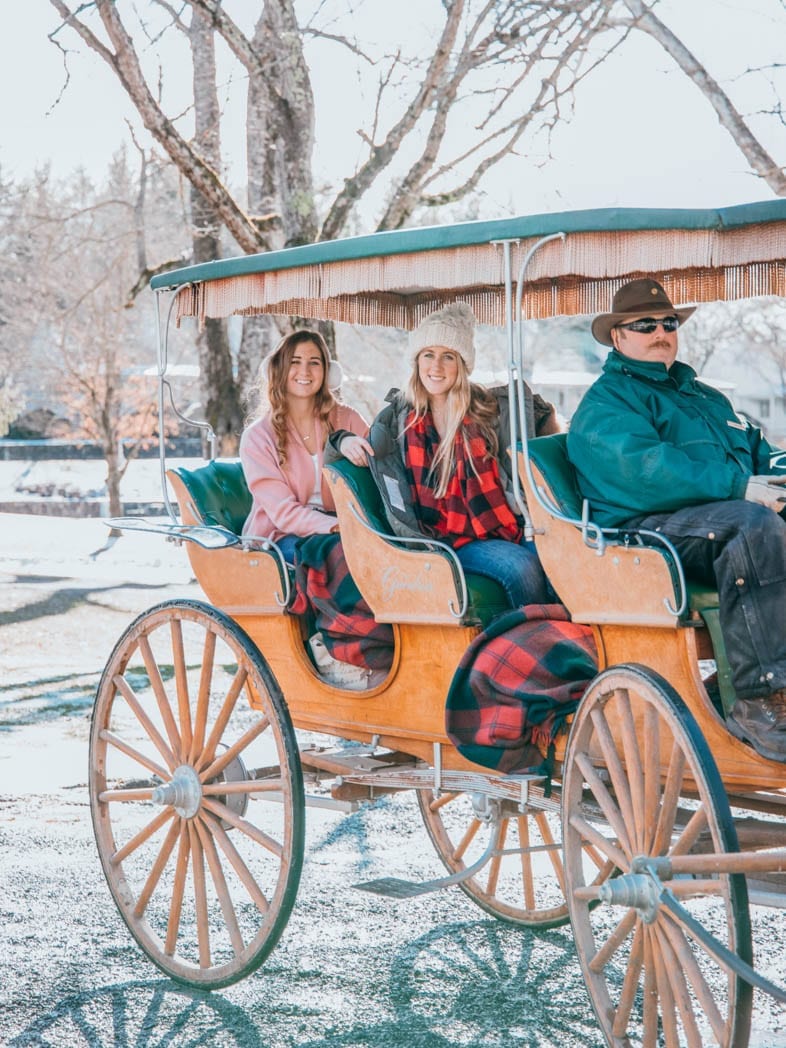 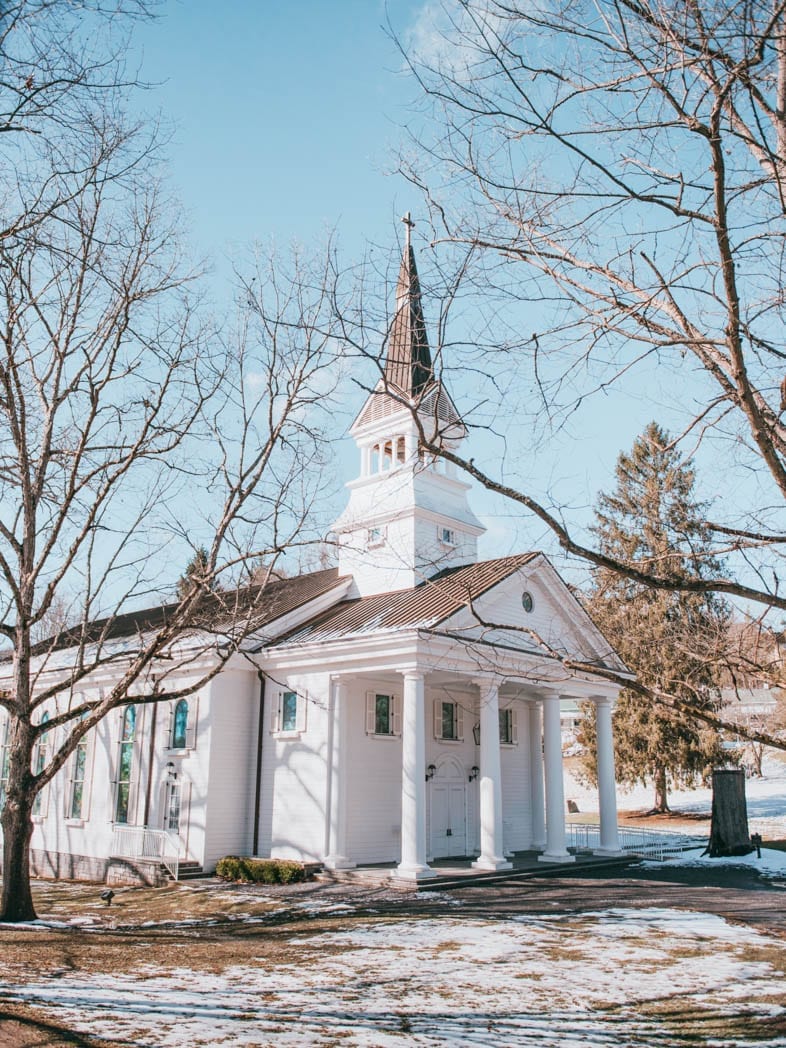 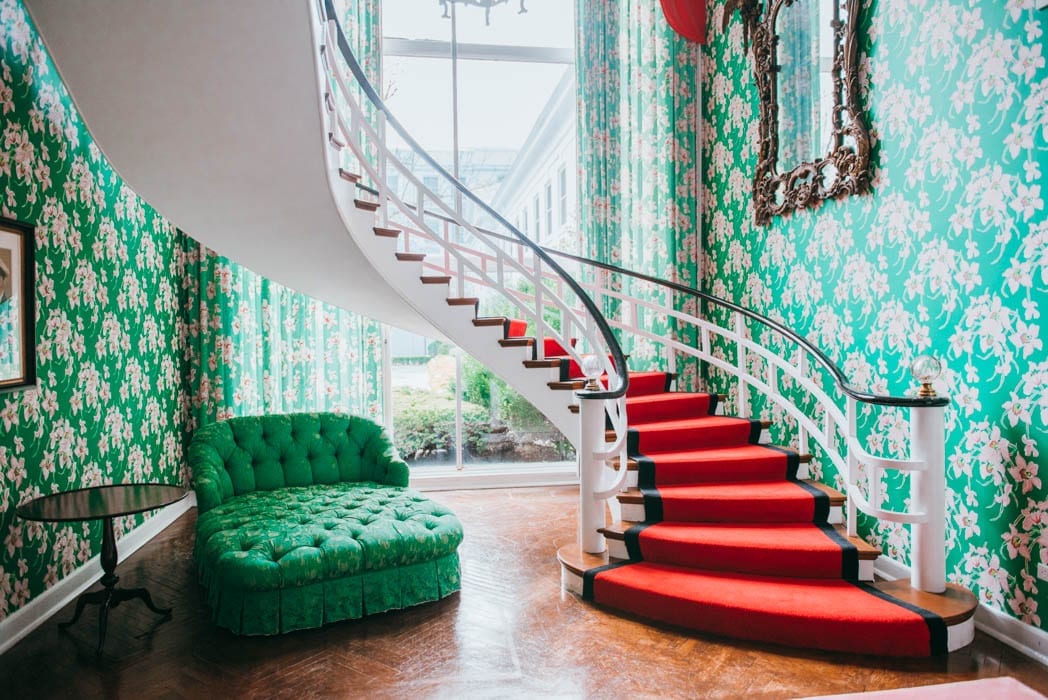 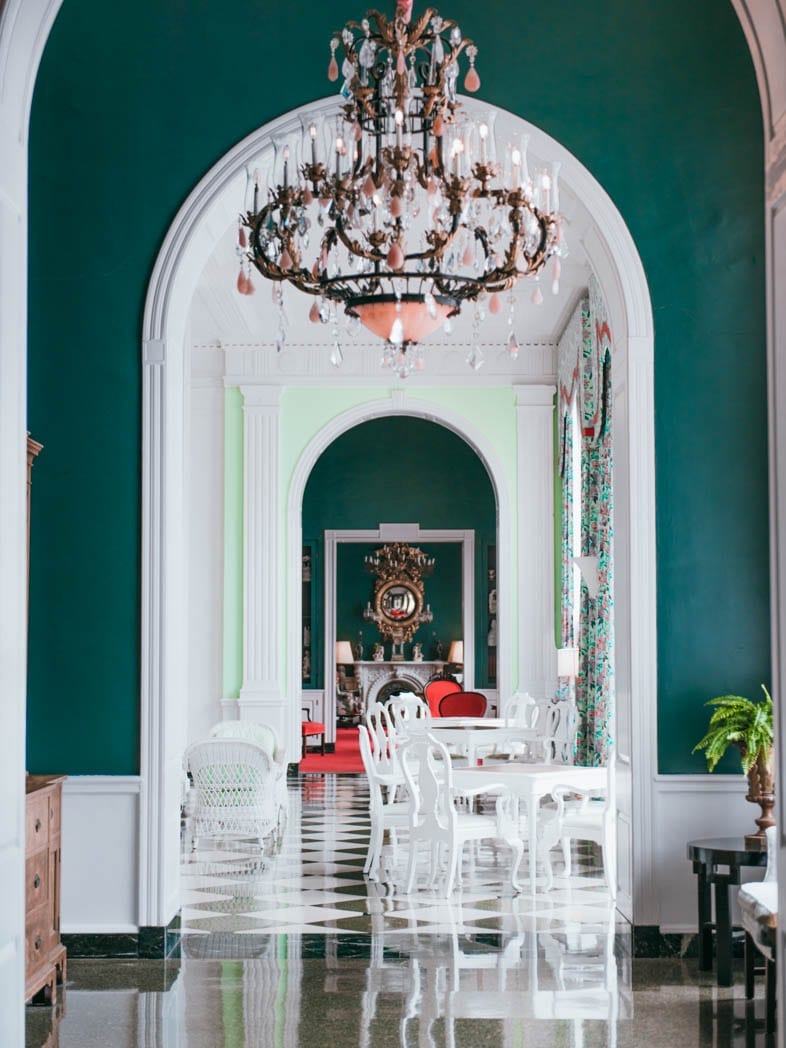 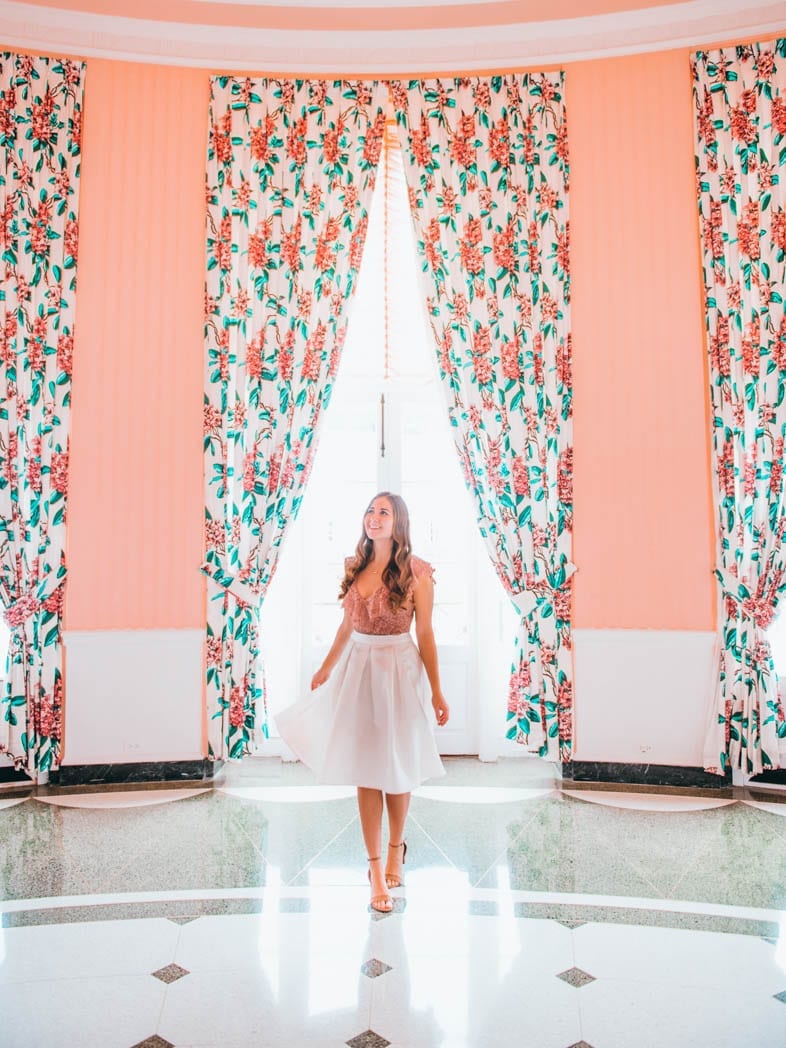 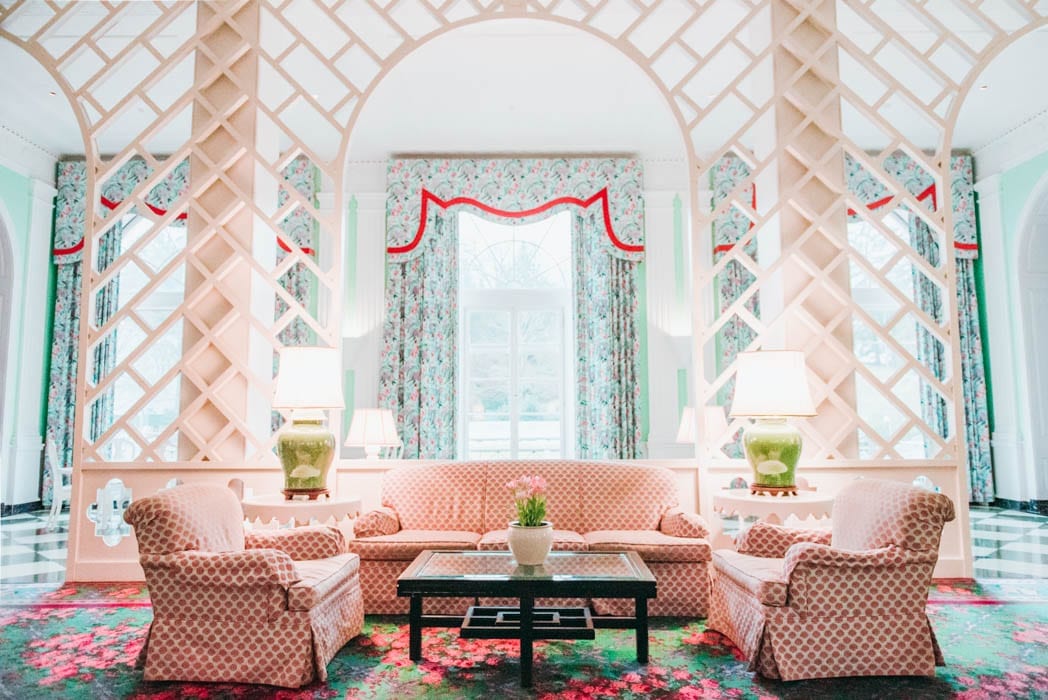 Thank you so much to the West Virginia Tourism Office for inviting me to explore your beautiful state. As always, my thoughts and opinions are my own.

(Also, a special thanks to Wendy from Nomadic Fare for capturing some special moments that I was able to include on this blog. Specifically, the ones of me snowboarding, snowmobiling, and enjoying the carriage ride.).